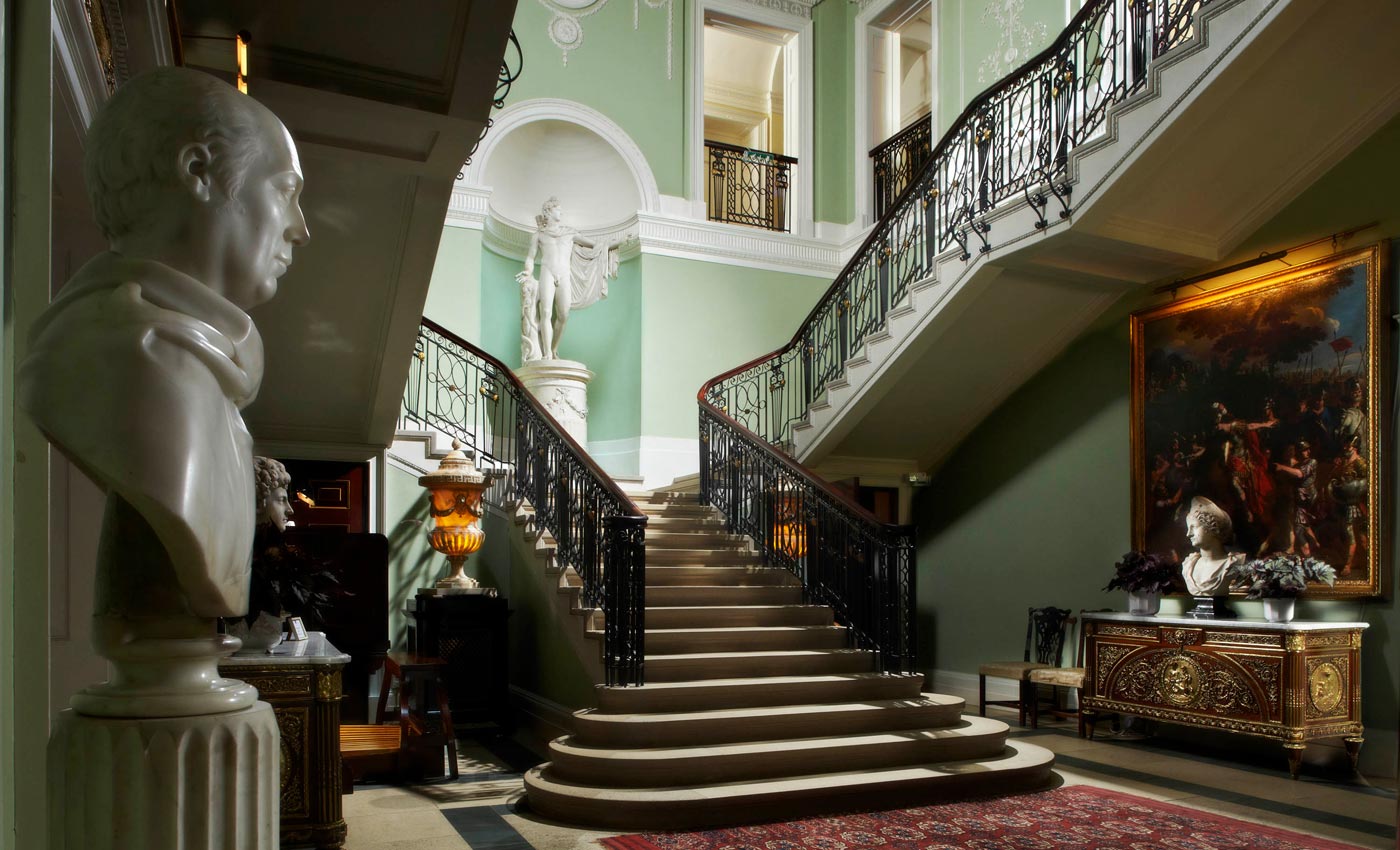 The Sykes family were settled at Sykes Dyke near Carlisle in Cumberland during the Middle Ages. William Sykes (1500-1577), migrated to the West Riding of Yorkshire, settling at Leeds,where the family became wealthy cloth traders. Daniel Sykes(b.1632), based at Knottingley, exported cloth and other goods through Hull, where his son Richard Sykes (1678-1726) became established as a merchant. Here Richard concentrated on the flourishing Baltic trade in pig iron on which the wealth of the family was built in the first half of the eighteenth century.

Richard Sykes married Mary Kirkby (1681-1714) whose brother Mark Kirkby, a wealthy Hull merchant, acquired the whole of the large township of Sledmere in twelve separate purchases over some 25 years from 1721. On his death in 1748 Kirkby left Sledmere to his nephew Richard Sykes (1706 - 1761), who built the core of the present Sledmere House in 1751, removed much of the village and begun the laying out of the park. Richard Sykes married twice but died without leaving an heir and the estates passed to another brother - Mark Sykes (1711 - 1783), rector of Roos, and 1st baronet.

He was succeeded at Sledmere by his one surviving child, Christopher Sykes (1749-1801), 2nd baronet, who was MP for Beverley 1784-90. In 1770 he made a fortuitous marriage with Elizabeth Egerton of Tatton whose inheritance of £17,000 from her father was hugely augmented by her inheriting her brother’s Cheshire estates and another £60,000 from her aunt in 1780. Christopher Sykes sold off shipping interests and government stock and he and his wife expanded the Sledmere estate. They bought and enclosed huge areas of land for cultivation and built two new wings to the house.

The grounds were landscaped and 1000 acres of trees planted. The entire village of Sledmere was relocated. Sir Christopher left a vast estate of nearly 30,000 acres and a large mansion set in its own 200 acre parkland which survives in the family to the present day. His son, Sir Mark Masterman Sykes 3rd Baronet (1771-1823), was a knowledgeable collector of books and fine arts, but these were sold when he died childless and was succeeded by his younger brother, Sir Tatton Sykes 4th baronet(1772- 1863).Sir Tatton , had an interest in agricultural techniques and horse racing.

He was a man of puritanical habits whose only son, Sir Tatton Sykes 5th Baronet (1826-1913), developed into a rather withdrawn man who sold his father’s stud for £30,000 and restored seventeen churches. He married Jessica Cavendish-Bentinck(d.1912) and they had one son, Sir Mark Sykes 6th Baronet (1879-1919). Sir Mark travelled in the Middle East and wrote ‘Through five Turkish Provinces’ and ‘The Caliph’s Last Heritage’. He married Edith Gorst and their honeymoon took them to Paris, Rome, Constantinople and Jerusalem.

They had six children. Sir Mark was elected MP for Central Hull in 1911 and occupied himself for the early part of the First World War establishing the Waggoner’s Special Reserve. From May 1915 he was called to the War Office by Lord Kitchener and is largely remembered for the part he played in forging an Inter-Allied agreement about the Middle East in 1916 called the Sykes-Picot agreement. While in Paris during the peace conference Sir Mark contracted influenza and died at the age of only 39. See the museum in the Old Courtyard

He was a crucial figure in Middle East policy decision-making during the first world war and his papers are a very rich source of material on policy. He was succeeded at Sledmere by Sir Richard Sykes 7th Baronet (1905-1978) who was succeeded by the current owner Sir Tatton Sykes (8th Baronet).

You can find further details of the history of the family in the Exhibition Room and Wagoners’ Museum.